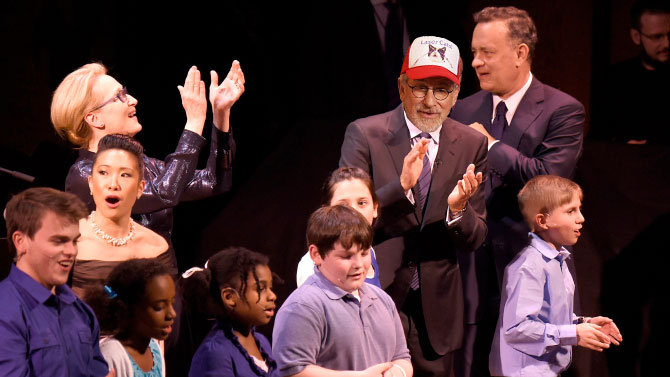 Steven Spielberg will direct Tom Hanks and Meryl Streep in a film that, you know, we should probably just save a few awards for. Just in case.

According to Deadline, Spielberg just made a deal to helm The Post, a drama about the Washington Post and its role in exposing the 1971 Pentagon Papers. Tom Hanks will play Washington Post editor Ben Bradlee—a role that already earned Jason Robards a Best Supporting Actor Oscar for All the President’s Men. Streep will play Kay Graham, the publisher who fought the federal government over the right to publish the documents. So yeah, this thing even has a suddenly-relevant press-vs-government angle going for it. The only thing that would be more shocking than this not grabbing a few Oscars would be if Streep and Hanks didn’t hook up during shooting. Because come on. Obviously they need to, finally, physically share the same love the world has for their acting. Spielberg would just watch.