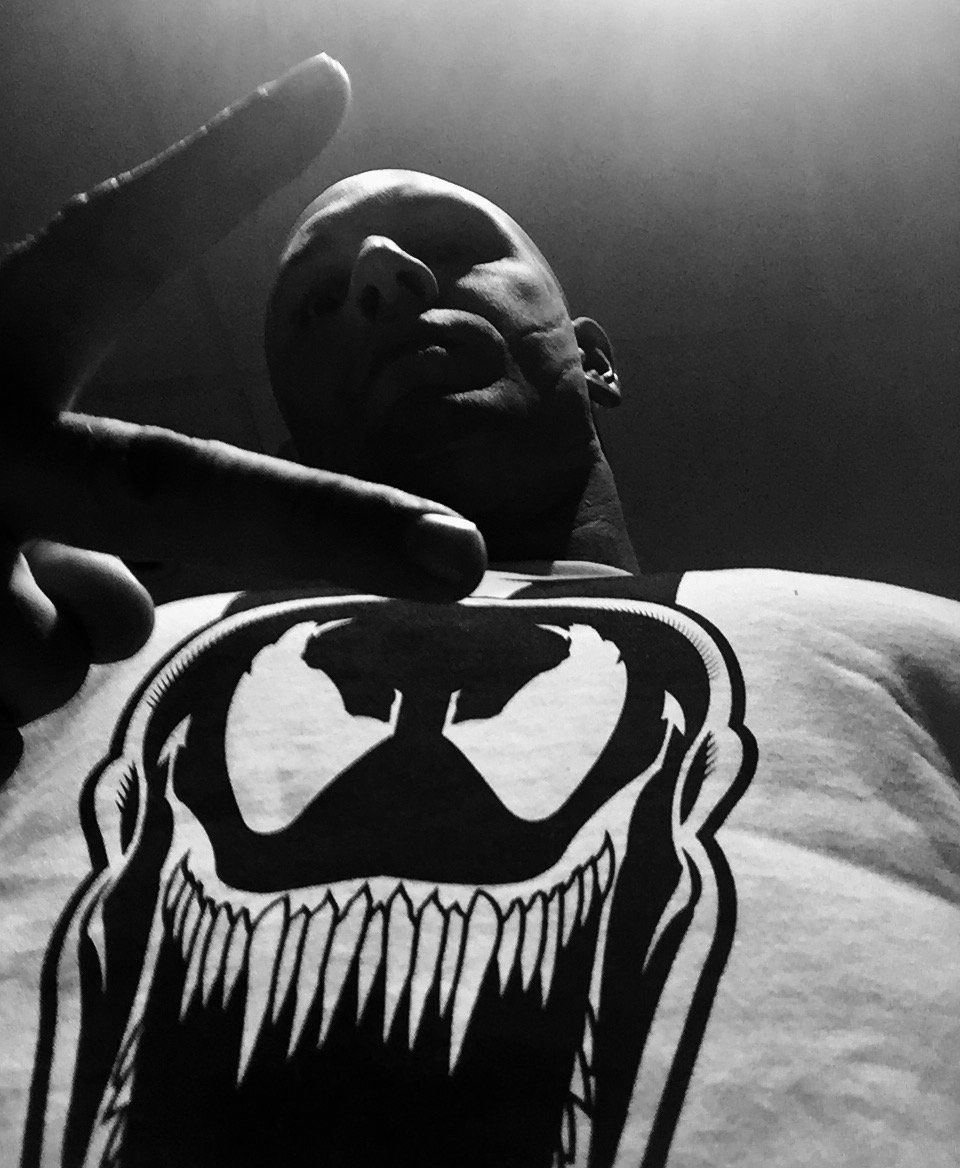 Looks like Tom Hardy has been typecast as “weird-eyed, black-and-white-masked villain of the ’90s.” The Dark Knight Rises actor is in final talks to take on the inky-black title role of Venom, Sony’s film centered on Spider-Man’s most suggestively-tongued foe. As seen in the above photo sent out by the studio, Hardy’s manager has already got the star a free t-shirt out of the deal. Zombieland and Gangster Squad director Ruben Fleischer is also in final negotiations to join the project, even while his free t-shirt prospects remain direly in question. Come on, Sony, if you want Hardy to respect his director, you’ve gotta at least get a shot of Fleischer in a Venom ball cap or something.

Though its plot details haven’t yet been revealed, Venom is rumored to be less a superhero effort than an R-rated “action/horror/sci-fi” film. Along with a Black Cat and Silver Sable movie, this will lay the foundation for Sony’s expanded Spider-Man universe that they’ll likely completely dismantle and start again in about five years.