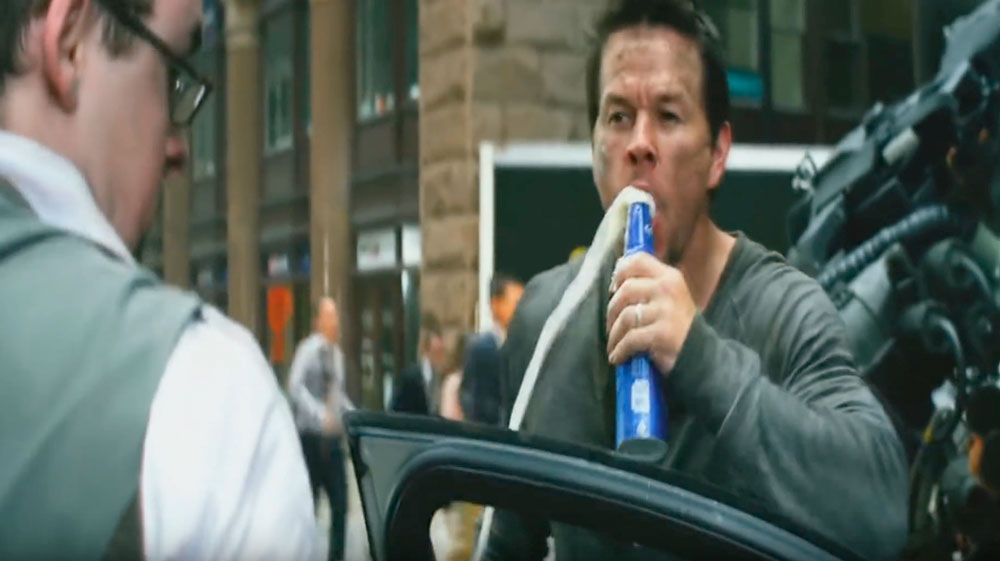 In a case of life imitating whatever it is you’d call Transformers that clearly isn’t “art,” a truck carrying Bud Light has spilled its cool, refreshing contents across a roadway.

The story comes from Arizona’s 12 News, where they’re reporting that an overturned semi has dumped its bounty of Bud Light across the Valley highway. The footage—a lengthy look at blue aluminum scattered in the daylight—is familiar as more than just a frat party’s bleary morning-after view. It’s also a near-perfect recreation of one of Transformers: Age of Extinction‘s most spectacularly ludicrous scenes.

The fourth in the insistently enduring Tranformers franchise, Age of Extinction contained some remarkably laughable, egregious moments—and that’s after giving it a pass on all the cars turning into robots and tearing down skyscrapers. There’s an entire scene devoted to a man explaining how he’s subtly subverting statutory rape laws in dating a teenage girl. (It ends on a close-up of a laminated card that the man carries in his wallet to more explicitly spell out his explanation.) A robot transforms into a Beats-branded bluetooth speaker, which Stanley Tucci holds up to the camera and identifies by its model name. And, as seen below, there’s also a Bud Light truck spill that plays out like a 50-second commercial spot.

The science fiction of Transformers, once thought so far-fetched, has become science fact. Affordable, low-calorie beer has spilled, and there’s no putting it back. Chug it down.