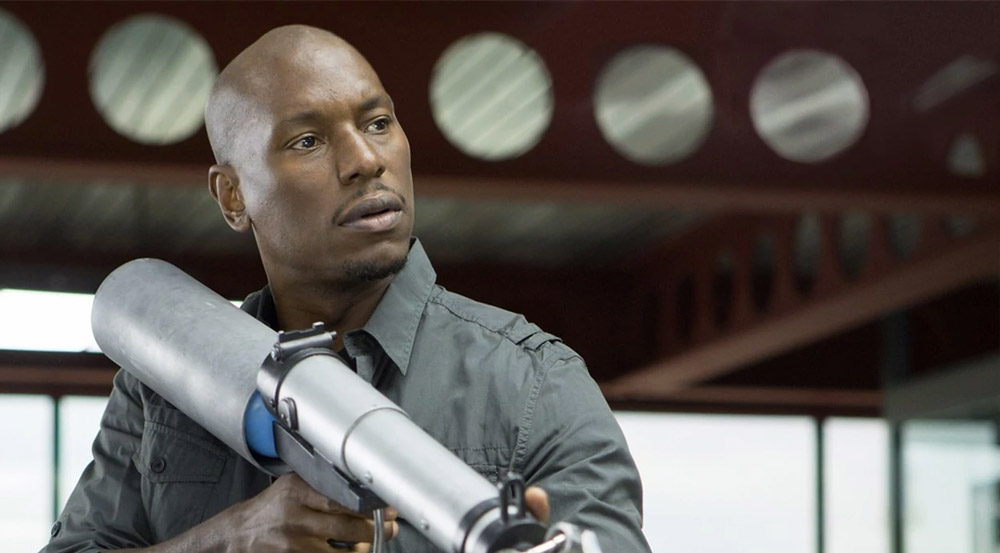 The ninth Fast/Furious entry may be out its handsome, screaming comic relief. Tyrese Gibson, who’s played Roman Pearce across most of the franchise, has taken to Instagram with an ultimatum that, frankly, we can’t see working out that well for him.

“If Dewayne [sic] is in Fast9 there will no more Roman Peirce [sic],” Gibson wrote as a caption to himself beside Dwayne Johnson. Yes, it seems the actor is forcing Universal Pictures to pick between one of the most bankable, popular stars on the planet…. and Tyrese.

“You mess with family and my daughters survival I mess with yours,” the rant continues, later asserting, “Spin off these nuts selfish champ.” It’s clearly not the easiest thing to follow, but it seems that what Gibson is getting at here is his anger with Johnson setting up a Hobbs-focused Fast spin-off film that’s delayed Fast 9 until 2020.

In a post just prior to his ultimatum, Gibson, in his own obtuse way, explained that he’s broke thanks to a legal battle over custody of his daughter. “Make sure you kiss your 2 daughters when you get home I wish I could but I can’t afford to fight for my baby anymore so they’re likely going to take her away,” he wrote. It’s honestly pretty rough.

Johnson hasn’t yet issued a response, but already Gibson has gone on the offensive again. Since his unfortunate me-or-The-Rock statement yesterday afternoon, he’s already made several more posts. Most concern his daughter, but one of them is definitely aimed at getting a rise out of his co-star:

Vin Diesel also has had a public beef with Johnson, but when this Gibson feud started building earlier this month, he actually took The Rock’s side on the matter. Truly, the Fast/Furious series is building to Shakespearean levels of drama, tragedy, and betrayal. Just not on screen.