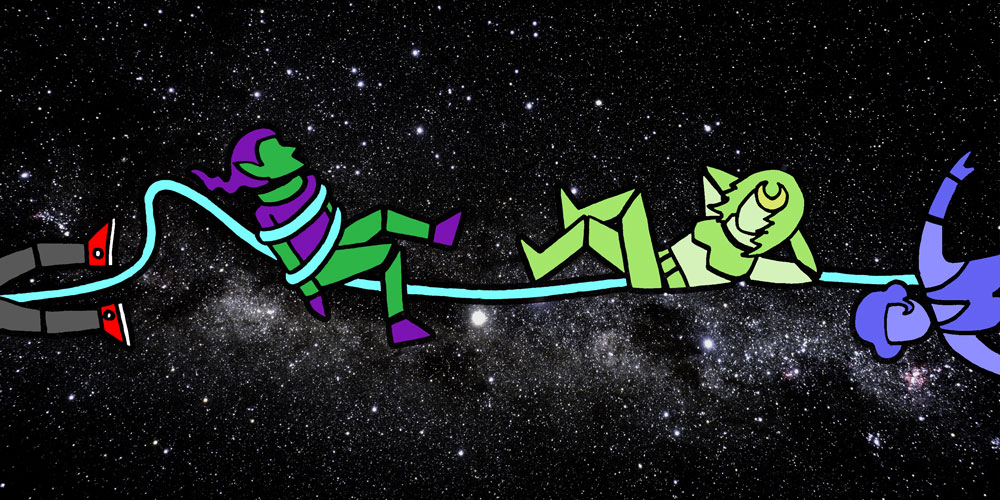 It was in 1997 that Luc Besson gave us The Fifth Element, a sci-fi adventure that’s had a surprisingly enduring legacy as a cult favorite. The film has since claimed a deserved following—not because it was a masterpiece but thanks to the memorable, strangely-iconic charms of its world. And now, twenty years later, Besson has finally returned to the sci-fi genre, and while he’s again created a world of Jim Henson-esque creatures and conspicuously modelesque women, he’s come up short on pretty much every other Fifth success.

In its introduction, Valerian and the City of a Thousand Planets sets up the latter part of its title. It imagines an International Space Station that goes beyond the international, attracting at first Earth’s countries but later other worlds, leading to a massive, diverse conglomeration floating in space (even as the film’s deeply-anglo cast kind of negates a lot of the presented Earthling diversity). It’s a hopeful idea, but one that doesn’t last long. The film quickly shifts into Avatar mode, pitting the white man’s soulless military against some lanky, glow-y, quasi-primitive aliens and the noble white people who will end up defending them.

The Amazing Spider-Man‘s Dane DeHaan plays Valerian, the titular noble white man defying his higher-ups to become so noble. His fellow formerly sickly-green villain, Suicide Squad‘s Cara Delevingne, plays his subordinate partner and love interest. Both are nearly as lithe, pallid, dark-eyed, and not-quite-human as the aliens they hope to save, which lends to Besson’s exceptionally-French touch of making the entire thing feel slightly incestuous (see Les Cousins Dangereux). The two are given the kind of snappy, quick-talking relationship of a pre-Code romantic-comedy, but neither can really field it at all. DeHaan is always out of his depth, no matter how much his dry, affected Keanu Reeves inflection tries. Valerian is a role meant for Harrison Ford in Temple of Doom or George Clooney in Out of Sight, but DeHaan fills the role about as much as his slight frame would fill either of their clothes. He’s simultaneously as cool as advertised and never even close, pulling off slick maneuvers that leave audiences and himself with an equal shrug. Following DiCaprio as a second-generation River Phoenix clone, here with the haircut of Ken Burns, it’s hard to root for him as a hero. Delevingne is, by comparison, unremarkably fine.

While Valerian visibly evokes the aforementioned Fifth Element and Avatar, the film also draws heavily from the on-the-nose imperialism, unnecessary aquatic tangent, and tedious storytelling of the Star Wars prequels. Yet it pulls even deeper from video games—less in inspiration than in its plodding feeling of always moving forward toward an unseen foe, accepting tasks as they come. The film has less a MacGuffin than an ever-rotating series of quests; its villain is practically nonexistent and is an otherwise pointless caricature; and the film’s eagerness to provide needless exposition makes you wish for a button that would skip past it all.

Closing, so deliberately like The Fifth Element, with a sensual kiss fading behind a glass barrier, Valerian begs for comparison with that film. But while its fantastic creatures, so brightly lit as to expose their artifice, are on par there, Besson leaves us asking less for the sci-fi he’s done before and more for the video game setup he’s presented here. If it’s a gaunt, unconvincing hero who’s scarcely seen light he’s after, let some gamers at this wonderfully-realized slog of a world.