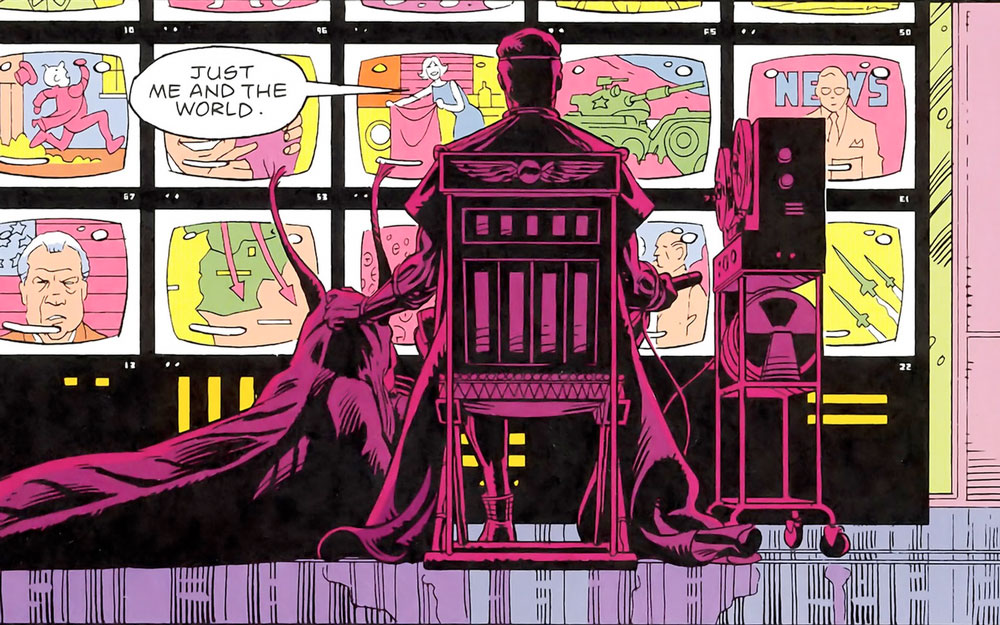 In an era of stress and anxiety, when the present seems unstable and the future unlikely, the natural response is to retreat and withdraw from reality, taking recourse either in fantasies of the future or in modified visions of a half-imagined past. Thusly, Damon Lindelof is developing a modified vision of that Watchmen movie Zack Snyder half-imagined eight years ago. 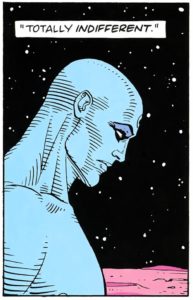 Though the announcement isn’t yet official, THR reports that Lindelof is in talks with HBO to bring the seminal comic to the small screen, where Alan Moore can bitterly scowl at it from the comforts of his own home.

Lindelof has long been a champion of the comic: in March of 2009 podcast devoted entirely to Watchmen, the Leftovers co-creator spoke of its influence on his work, saying that he had been a fan since reading it as a child in 1986. Though that same month, he told the Observer that Snyder’s film was “the most married-to-the-original-text version of Watchmen that could’ve been made,” suggesting that perhaps he’ll try deviating from the original story this time. So we’ll see as the project develops.