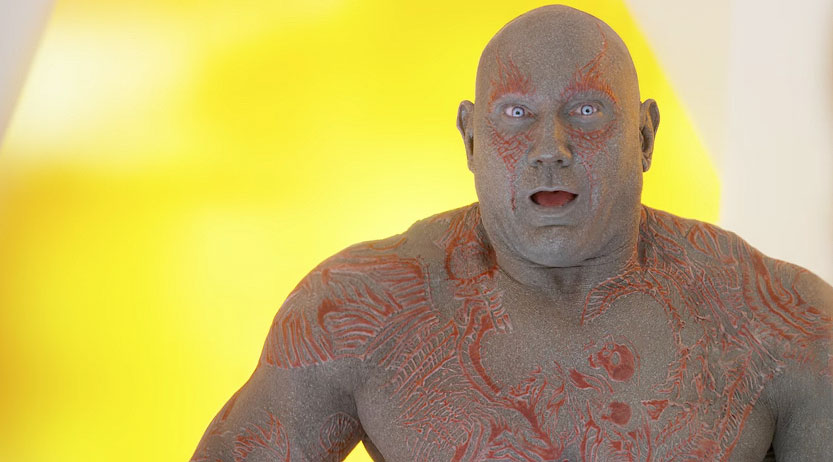 Well, looks like the next Guardians will be able to afford a shirt for Dave Bautista. Over the weekend, Guardians of the Galaxy, Vol. 2 easily took number one at the box office, alone bringing in nearly 80% of the top ten’s cumulative gross. Current estimates reportedly place the film at a $145 million domestic opening, up over 53% from the original’s already-impressive $94.3 million debut. This is a Marvel success deserving of being bragged about. Or at least of being quietly broadcast from out the powdery orange chambers of a Dorito bag.

Rounding out the top five, we had The Fate of the Furious fall to the second spot, followed by Boss Baby, How To Be a Latin Lover, and Beauty and the Beast. Next week, come back to see whether King Arthur: Legend of the Sword can fulfill the Arthurian legend of at last slaying the immortal Boss Baby.