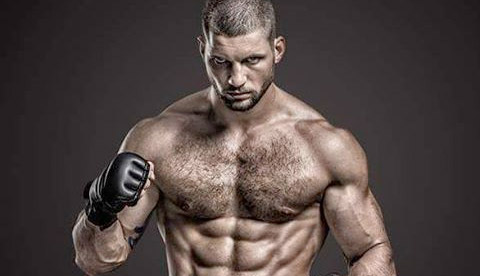 Congratulate Ivan Drago on his new child, Florian Munteanu! Joining the the Drago family at an insanely healthy 6’3½”, 231.485 lb., Munteanu has reportedly been cast as the Rocky IV villain Ivan Drago’s son in Creed 2. 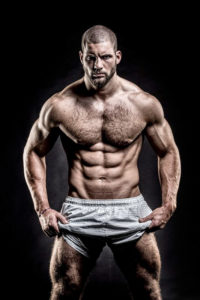 Nicknamed “Big Nasty”—assumedly for being so ripped it’s nearly disgusting—Munteanu is a Romanian boxer and fitness model. His acting career so far consists of just a single German short, but assuming this role is anything like the original Drago, he won’t exactly require Juilliard training. He probably just has to scowl, punch, look physically terrifying, and occasionally make pithy, bullying comments in an Eastern European accent. Judging by these photos and the below video, so long as he doesn’t have to fully understand how boxer shorts function, he’s got it covered.

Creed 2 will see Michael B. Jordan in the title part and facing off against this massive human. Sylvester Stallone and Tessa Thompson are likewise set to return, with Dolph Lundgren reprising his role as Papa Drago. The sequel’s seemingly unfair matchup will start shooting in March.