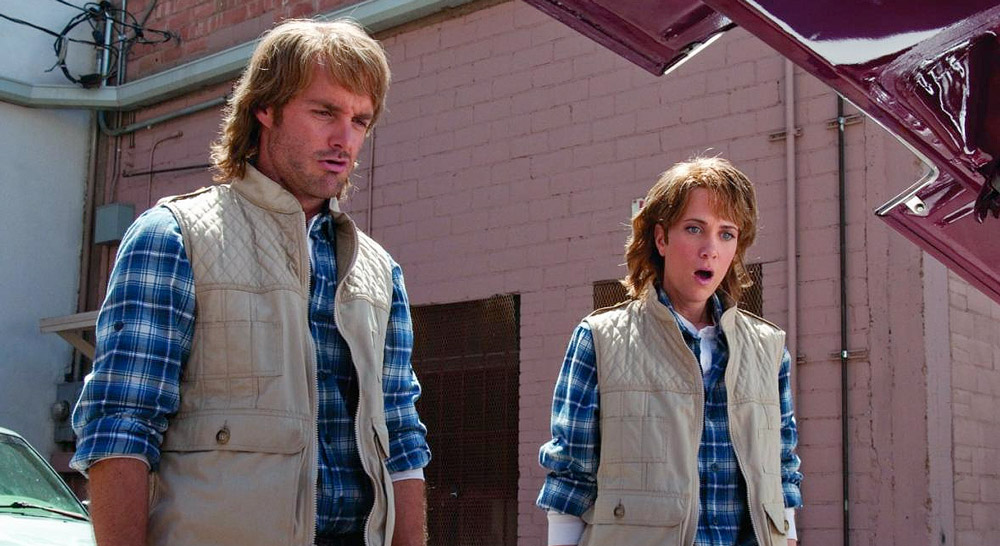 The Contrarian is a series to spit upon wrongly well-loved classics and fiercely defend panned disasters. We may seem like we’re just being contrarian, but we will fight you on these.

Admittedly, MacGruber is a pretty soft choice for being “contrarian” about. Though the comedy sits in the 40s on both Rotten Tomatoes and Metacritic, and made less than $10 million worldwide, it has since earned just enough of a cult following that a sequel is somehow being considered. Yet, as any of that cult knows, references to it more often than not result in either baffled confusion or the assumption of irony. Anyone who hasn’t seen it can’t believe that MacGruber is good. But MacGruber isn’t just good. It is, legitimately, the best SNL movie ever made, and remains one of the funniest outright comedies in decades.

The film’s beginnings couldn’t be less auspicious. It started as one of the most mercifully short sketches on Saturday Night Live, a recurring piece taking an absurdly belated jab at MacGyver. Will Forte played MacGruber, looking like the loose memory of the character most of America now has. The contained, often sub-minute-long episodes were almost entirely rooted in a mockery of MacGyver’s tendency to combine basic items into a last-minute solution. As effective as they were, it never felt like they could exist beyond on-the-nose pastiche or a 60-second window leading to an inevitable explosion. But Forte and MacGruber co-creators Jorma Taccone and John Solomon rightly saw more beneath that terrible mullet wig.

At its surface, MacGruber is as much a misguided Austin Powers remake as it is a misguided SNL movie. MacGruber is a secret agent out of his era—bumbling, overly confident, draped in a laughably dated hairstyle, and painfully sexist despite relying heavily on his partner-cum-love-interest. But while jokes like his driving an ’80s Miata (and always pulling out its removable tape deck) often land, it’s not the man-out-of-time element that drives the film. It’s that MacGruber is an outright sociopath.

As cowardly as its title character is—using Ryan Phillipe’s Lieutenant Piper as a personal shield, sending Kristen Wiig’s Vicki Gloria St. Elmo as a disguised decoy for himself (leading to MAYBE the film’s funniest scene), and readily offering himself sexually as pitiful apology—MacGruber is exceedingly brave. As much as some R-rated comedy purports to feature an antihero—the Deadpool series, which even borrowed a fantastic squad-killing note from this film, being the most recent example—few if any have committed so strongly.

While 2008’s The Dark Knight suggested Batman, for his admirable intentions, created the Joker, MacGruber takes it several steps further. Grubes—as he often calls himself—was college roommates with the film’s villain, the genuinely hilariously-named Dieter Von Cunth (Val Kilmer, absolutely killing it with a ponytail). It would spoil things for first-time viewers to reveal what MacGruber’s fireside confessional reveals he did to Cunth, but it’s laugh-out-loud awful. Separately, a running joke involves some passing guy mocking the Miata, and Grubes ends up angrily, psychotically obsessing over this man for nearly the entirety of the film, ever seeking vengeance beyond the shouted “fuck youuuuu!!!” delivered reflexively. And that’s beside all the seemingly Road House-inspired throat-rips MacGruber casually yet gruesomely delivers.

The Lonely Island’s Taccone, who also directed after co-writing, is often wonderfully subtle despite what’s frequently in-your-face material. For every fuck-his-ghost-wife-on-her-grave scene—because obviously there’s that—there’s a throwaway line or image that just gets better with each new viewing. And for such a boxed wine of a comedy—budgeted at just $10 million and, again, squashed from the tiny grapes of sub-minute sketches—it has a lot of complex notes that only build with age. (It took a friend to point out how stupid it is that a rundown of MacGruber’s entire background up to the film is answered with the stock, “But that was a long time ago.”)

What Die Hard did for action is nearly what MacGruber did for action-comedy. While the former placed a normal(-ish) guy in an action movie scenario, the latter put an absolutely deranged(-ish) guy in an action movie scenario—and it played out with almost equally memorable results (and, aptly antithetical to Die Hard, with such anti-one-liners as “fuck you, dude!”). Should MacGruber ever finally get the sequel it’s giddily waggled toward, celery-in-ass, for so many years, we can only hope it can maintain its incredibly funny, subversive standards. And if rippin’ throats can make that happen, I’ll suck as many dicks as rip as many throats as I have to. Did you hear that?